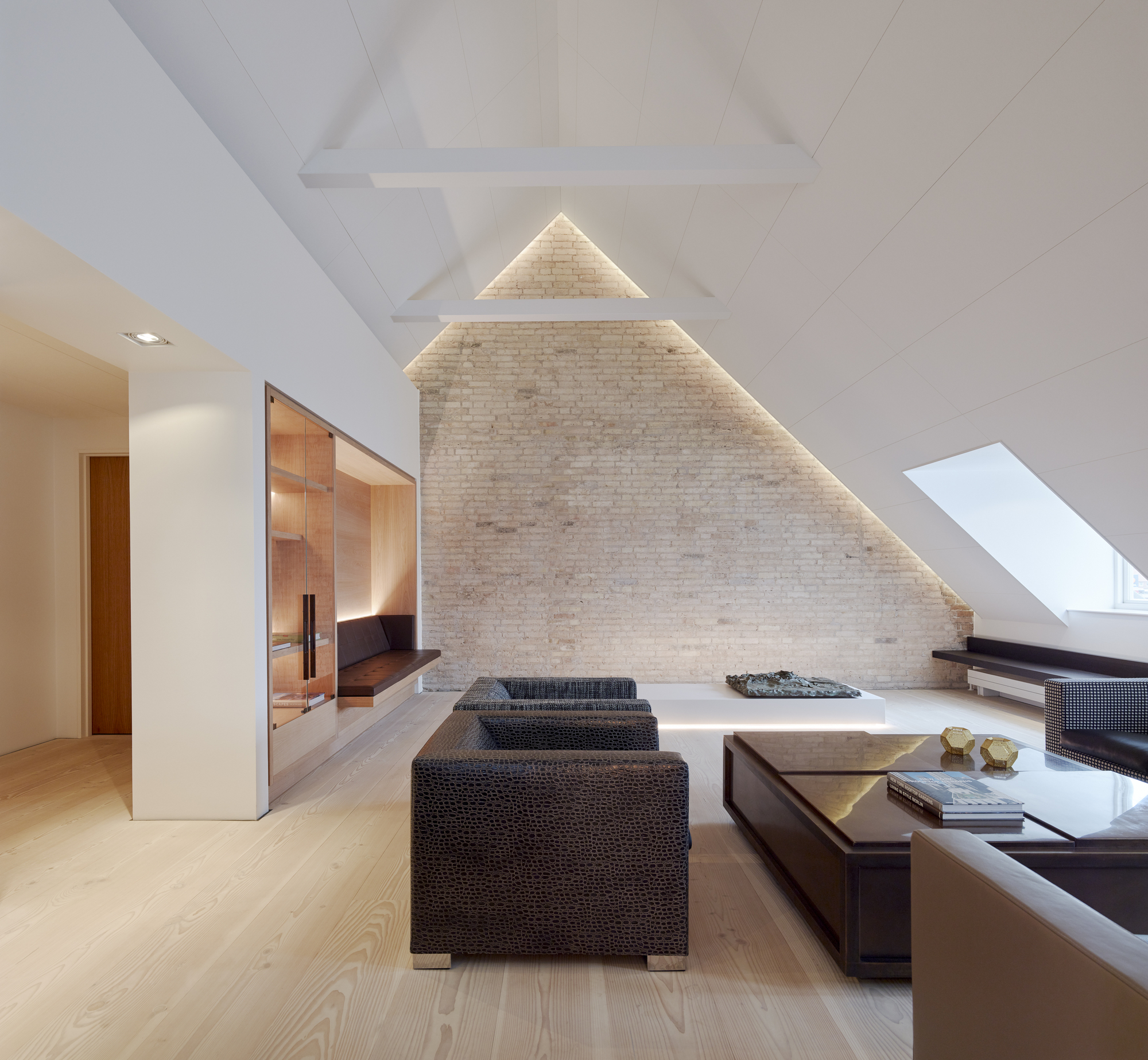 Text description provided by the architects. Originally built as the home of shipowner Carl Hansen, the building marks the site of Vejle’s first harbor facade. In 1931 the building was converted into a warehouse and a ship chandler store and operated as such until recently. RAVN Arkitektur was given the task of converting the historic building into a modern high-end office space, meeting the needs of an ambitious investment company.

The specifications were to preserve and restore the east facade of the building, while creating an interior suitable for a contemporary office. As has been the case for nearly 100 years, the ground floor and basement are occupied by a shop. The eastern facade is characterized by carefully restored columns, cornices and parapets. The original bricks and tiles have been restored to their original splendor, adding a vibrant color to the exterior.

Towards the rear of the building, a new private courtyard provides an enclosed parking space and a place of private contemplation for those who work in the building. An entrance gate lined with tombac marks the passage from the old to the new. The ornate and highly decorated facade is contrasted by the rawness and simple lines of the interior. The original brick walls have been left exposed, while the new interior walls are crisp and white.

The project was nominated for the RENOVER 2017 award – Denmark’s most prestigious architecture award for renovation and transformation projects. The jury was particularly impressed with the attention to detail in the project and the high quality of architecture and craftsmanship both inside and out.