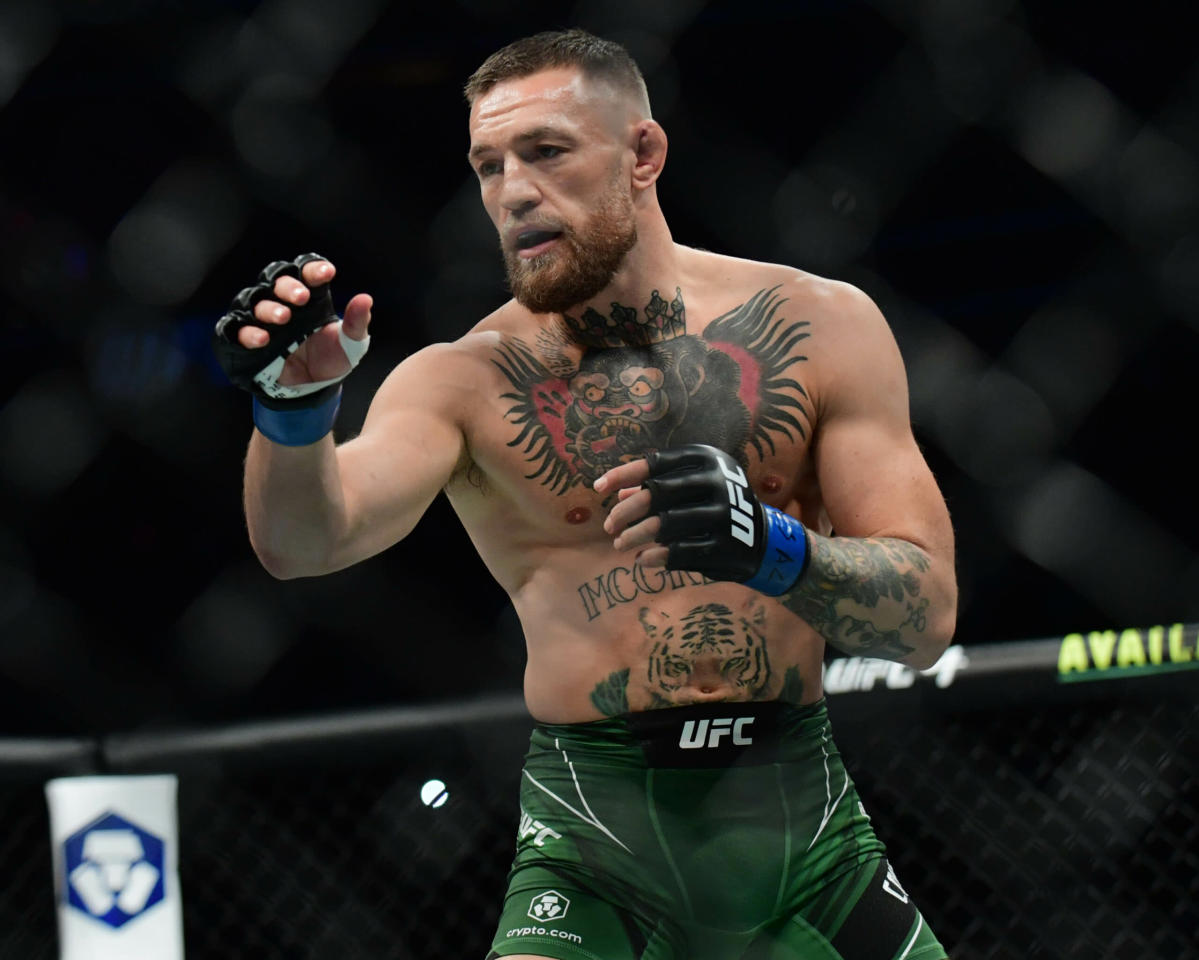 Conor McGregor is in high demand.

The former two-division champion had his name shouted on the microphone by a few big names after their respective victories at Saturday’s UFC 274 in Phoenix, Arizona.

Check out McGregor’s reaction to the latest challenges below.

Oliveira called on Justin Gaethje for what was supposed to be his second title defense. Although victorious, the Brazilian had missed weight the day before, so he was stripped of the lightweight title. He is now the No. 1 contender and will fight for the vacant belt next.

The 32-year-old expressed interest in fighting McGregor in his post-fight interview with Joe Rogan.

“I’m not sure I want to cut the weight,” McGregor wrote. “I really enjoy being built like a fridge. I feel like I want to fight at that size just to look back lol. But I would love to fight the Brazilian, 100%! I love Brazil and I I’m undefeated against Brazil All knockouts I have some thinking to do.

The other call was made by Chandler, who scored a knockout contender of the year over seasoned veteran Tony Ferguson. After a shaky first round, Chandler bounced back by blasting Ferguson with a front kick to the face that sent Ferguson face first to the canvas.

In the most publicized post-fight interview, Chandler fired on “The Notorious.”

“Conor McGregor, you gotta come back and fight somebody,” Chandler said. “I’m the most entertaining lightweight on the planet, but I’m going to up the ante, Conor. I want you to your fullest. I want you at your best and at your best. You and me at 170 this summer, this fall, this winter. Holla at your boy.

McGregor seemed excited for the match. Maybe not then, but “certainly” at some point.

“I would have a nice strike on this guy, no doubt on that,” McGregor wrote. ” A firework. I also like the 170 scream. Knocked it down. I’m definitely ready to fight this guy at some point in my career. I see him coming after tonight. Congratulations on a solid win Michael and another barnstormer.