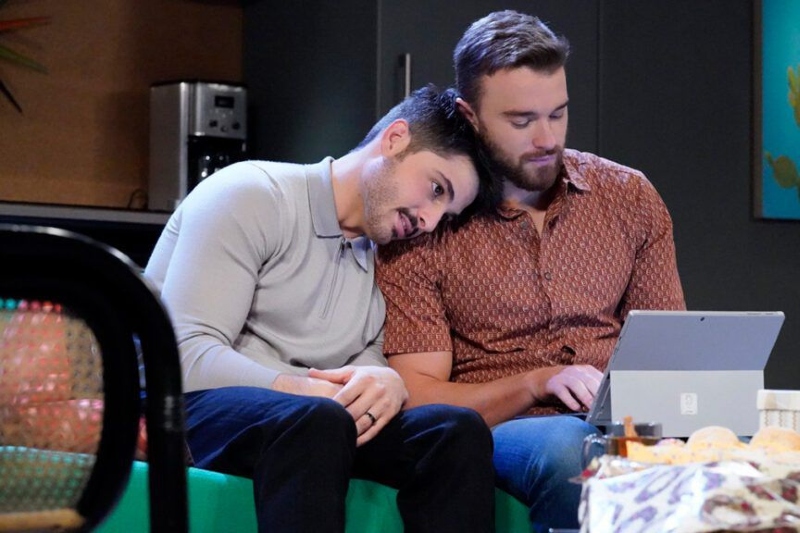 Actors Chandler Massey and Zach Tinker chatted with Digital Journal’s Markos Papadatos about taking part in Peacock’s new original special called “Days of Our Lives: A Very Salem Christmas.” This special is available to stream on Peacock on December 16.

This special follows Will Horton (Chandler Massey) as he writes a screenplay before the Christmas Eve deadline. Using everyone’s favorite feel-good holiday movie tropes, he crafts a celebratory story based on his family and friends in Salem, but with several twists (and pairings) that no one will ever see coming.

On being part of ‘A Very Salem Christmas’, Tinker said: “It was awesome. It was very festive and nice and quiet.

Tinker was drawn to the role of Sonny Kiriakis for several reasons. “I manage to kiss Chandler. That was my favorite part,” he said with a soft laugh. “Sonny is a good guy, he’s a fun character, and the way I play him, he feels very deeply. I think his emotions are very heightened. Sonny is a very sensitive and empathetic guy. Those are the funniest things about him,” Tinker said.

“I like being emotional because I’m crazy, so that’s my favorite part of Sonny,” Tinker added.

“Working with Zach [Tinker] was awesome,” exclaimed Massey. “It was really surprising to me to see how the characters were the way they were meant to be, especially after working with Freddie Smith for so many years. Zach came in and immediately took on the role and became Sonny. That was a very pleasant surprise, and I don’t think it would have happened with anyone other than Zach.

Most recently, Massey directed the original holiday movie “Next Stop, Christmas” for Hallmark, which earned a favorable review from Digital Journal. “It was fun. I got to do back-to-back Christmas movies, which was pretty cool,” Massey said.

Tinker also shared that he was happy to be a part of the comedy short “Across The Room,” directed by Mellinda Hensley and written by Matt Clifford. “Oh my God. We filmed this three years ago, it was fun. It’s crazy how time flies,” Tinker said.

On the title of the current chapter of his life, Tinker said: “27 and not sure”. “It’s cut season, baby,” Massey said. “For the past three months I’ve eaten everything in sight and now for a week now I’ve been cutting because I have to be camera ready for whatever the future throws at me,” Massey added.

Tinker is looking forward to being a part of Spectrum Celebrity’s next in-person fan event in Burbank, Calif., taking place March 5-6. It will be hosted by Tony Moore of “Dishin’ Days”. “This will be my first. I’ve never done a fan event when I was on ‘The Young and The Restless’. I did a virtual one with Spectrum and this will be my first in person, so I am excited,” Tinker said.

For his fans, Massey remarked of “A Very Salem Christmas”, “I hope they like it, and I apologize if they don’t. I think it has charm I really liked the idea of ​​mixing up the characters and their relationships and putting them in “what if” type scenarios.

Tinker defined the word success as follows: “Success means living up to your own expectations, hopefully.”