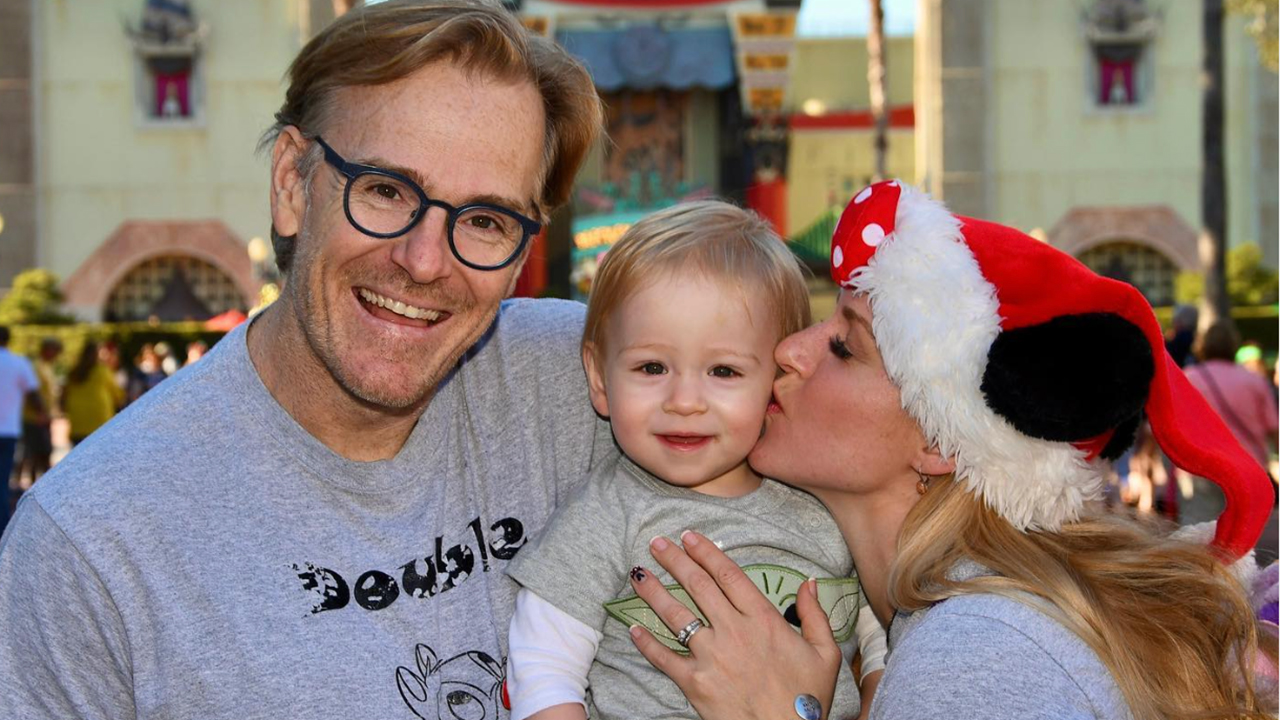 By the Movieguide® team

Actress and producer Jenn Gotzon and her husband Jim E. Chandler are best known for their romantic comedy, THE FARMER AND BELLE.

However, the filmmaking duo recently announced a new project that will take audiences into space and explore themes of faith.

“Belief alone is not faith,” is the tagline of their would-be TV pilot, BEING.

“It’s actually developed from a short, to maybe an eight-episode series that’s being considered by a streaming service…Hopefully it gets picked up and gets the eight-episode order. episodes… Jenn can tell you a bit more about the story,” Chandler says.

“What we can say is that this is a space sci-fi TV series that follows an astronaut scientist who is on Mars on an emergency mission to Earth,” Gotzon said, who previously followed the “How to Succeed in Hollywood,” said.

“My character is this astronaut, Doctor Ana Harbin. Cameron Arnett is playing the AI ​​on the ship…This amazing team literally created the interior of a spaceship from scratch in a warehouse in Orlando,” Gotzon said. .

“We are so honored, so humbled and so blown away by their generosity, their kindness (and) their love. It feels so good…And Jim is in it,” she added.

Chandler is set to play a mission control commander on earth. Chandler said science fiction can be used to explore spirituality.

“I liked science fiction,” he says. “I wouldn’t consider myself a Trekkie or someone who looks like Star Wars, but I love watching them. It’s always interesting because in the intergalactic world they’re always (facing) the same things that we’re face on Earth – and the ones we face in Christianity. It’s a parallel to a spiritual thing where there’s spiritual good and spiritual evil. Most of these science fiction stories usually follow that pattern.

Gotzon said that although they didn’t originally plan for it to be a full 8-part series, she and the team realized they had a unique opportunity with BEING.

“It’s so good because it started as a group of friends at Premise Entertainment. They said, ‘Hey, let’s just do what we’ve always wanted to do. Let’s just do a short film about a spaceship. So if you can imagine, like a bunch of young kids when they go out and build a spaceship out of cardboard boxes,” she explained. “That’s what it reminds me of. Those smart, creative men who work around the world said “Let’s do it”, but instead of using cardboard boxes, they did it (almost for real).

“It started out as a short film, but there was such excitement behind it because there’s nothing like it in the faith world and it took off,” she continued. “There is a company that is very interested in it and once they see the pilot or the proof of concept, they may want to go ahead with the making (of a series). So our whole team changed course to say, ‘Wow! It’s not a fun little project anymore. It’s a project that can be fun and has the opportunity to reach people with a really fun story and message.

THE FARMER AND THE BELLE: SAVING SANTALAND follows Belle Winters, a weary model who worries about the aging industry. One night in her apartment in New York, Belle remembers a charm bracelet with biblical beauty affirmations that her grandmother gave Belle when she was a child. Belle no longer has the bracelet but thinks it might be at Santaland, a Christmas farm where she played in her youth. Desperate to find the bracelet, Belle sets out to find it and ends up finding herself in the process.

Now more than ever we are bombarded with darkness in the media, movies and television. Movieguide® has fought back for nearly 40 years, working within Hollywood to propel uplifting and positive content. We are proud to say that we have collaborated with some of the best players in the industry to influence and redeem entertainment for Jesus. Yet the most influential person in Hollywood is you. The viewer.

What you listen to, watch and read has power. Movieguide® wants to give you the resources to reinforce the good and the beautiful. But we cannot do it alone. We need your support.

You can make a difference with as little as $7. It only takes a moment. If you can, consider supporting our ministry with a monthly donation. Thanks.