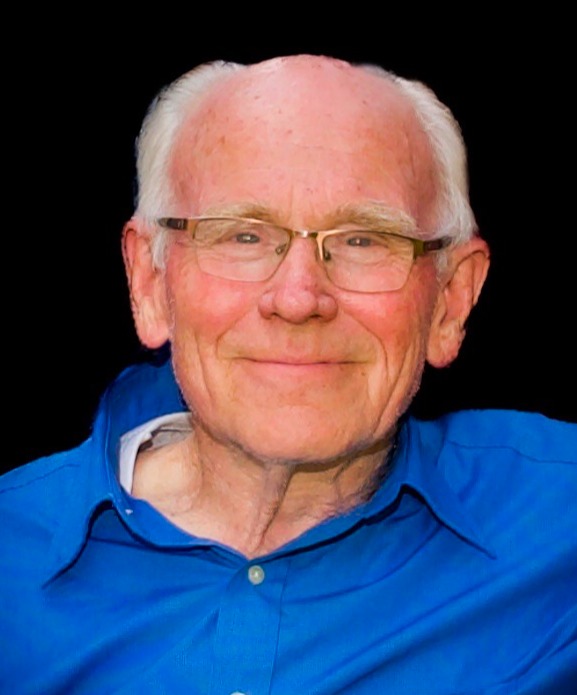 Larry Stephen Chandler, died August 8, 2022, after suffering multiple strokes. Larry was a loving husband and father of 8 children, as well as Jennifer Ventura and several others whom he and his wife Edna brought home and loved as their own.

Larry was born in Wray, Colorado on December 31, 1938 to Jesse Stephens Chandler and Alice Juanita Hopkins Chandler. Larry lived with his parents and 3 sisters in Denver, Colorado for most of Larry’s early years. In high school, he was involved in many clubs and activities. Most notably, he was his class treasurer all 4 years, and he was an avid wrestler, lettering in wrestling all 4 years and even competing in the state championship. He completed 2 years of college at the University of Colorado. He then served a two-and-a-half-year mission in northern Mexico for The Church of Jesus Christ of Latter-day Saints. He earned a bachelor’s degree in physics from Brigham Young University.

While at BYU, Larry met the love of his life, Edna Faye Wimmer, and married her on September 6, 1963, at the Mesa, Arizona Temple. After graduating, Larry taught math and coached wrestling for 2 years at Marana High School near Tucson, Arizona. In 1967 he moved his family to Falls Church, Virginia, where they lived for over fifty years.

In Virginia, Larry earned a master’s degree in physics from the American University in Washington D.C. and worked for the David Taylor Ship Research and Development Center, researching acoustics and sonar sound reduction in submarines. for the United States Naval Department until his retirement. Outside of work, his passion for discovering true nature and the constructs of time and light led him to mathematical models exhibited in his book, Relativity or Reality. Likewise, his passion for genealogy led him to write a book called Legacy of Two Canes.

Larry was a dedicated member of The Church of Jesus Christ of Latter-day Saints. He enjoyed his various church assignments, including many years helping scouts and working with kindergarten children. He loved the gospel of Jesus Christ and he loved sharing it and seeing others embrace it. He and Edna Faye served as ward missionaries for many years. They served for one year in 2013 as full-time missionaries in Colorado Springs, Colorado, Mission. Larry loved the work and the people he was able to serve on this mission.

Larry also loved music and singing and shared this love with his children. He had a rich bass voice and sang many solos. He enjoyed singing in church choirs and sang in the Mormon Choir of Washington DC for 25 years.

In 2018 Larry, Edna Faye and their youngest daughter Debra Sue moved to Hyrum, Utah. In Hyrum, Larry renovated their new home with the help of his children. Her final days were filled with family, friends, and wonderful experiences.

Larry is survived by his wife Edna Faye; his sisters Alice Korver, Nola Fitzgerald and Jessica Lee; his children Adeana Alvarez, Stephen Chandler, Cheryl Compton, Mary Kaye Brown, Lora Lee Petty, Jeanne Anderson, Jesse Chandler and Debra Sue Chandler; 35 grandchildren and 10 great-grandchildren. He was a brilliant physicist and mathematician, a talented builder and innovator, and a dedicated genealogist, but most importantly to him, a follower of Jesus Christ. We rejoice in his life of love and service and he will be greatly missed.

The funeral service will be held at 2:00 p.m. at Hyrum Cemetery on the hill overlooking the valley.

Those wishing to attend the funeral virtually can use the following link: https://us06web.zoom.us/j/84128020609

A VENMO account has been created for donations to offset funeral expenses. If you would like, in lieu of sending flowers, please consider donating to this fund. You’ll find it under “Larry’s Fund” on VENMO.

Condolences and memories may be shared with family at White Pine Funeral Home.