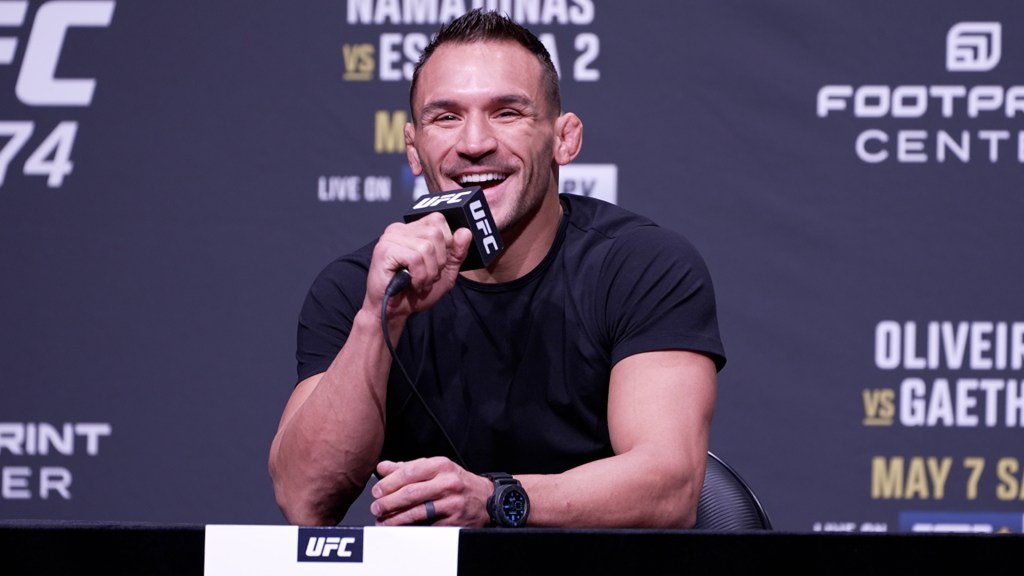 Michael Chandler doesn’t think he’s too far off from another UFC title fight.

The former Bellator champion and top UFC lightweight contender believes that if all goes well in his next outing, he could be a challenge for the UFC belt again in the near future. Chandler (23-7 MMA, 2-2 UFC) takes on Dustin Poirier (28-7 MMA, 20-6 UFC) at UFC 281 on Nov. 12 at Madison Square Garden in New York City.

If successful, Chandler would be on a two-fight winning streak since losing a decision to Justin Gaethje in MMA Junkie’s 2021 Fight of the Year.

“I always have my sights set on becoming world champion,” Chandler said on The MMA Hour. “I think I beat Dustin on November 12, I think I’m the next guy in line.

“I fight Islam or Oliveira in the first quarter of next year of summer or next year, whenever that fight materializes, and I’m your world champion in the middle of next year.”

The UFC lightweight belt will be up for grabs in October when Charles Oliveira meets Islam Makhachev in the main event of UFC 280 in Abu Dhabi.

Chandler is shocked that Makhachev is considered the favorite for the fight, as he expects to face Oliveira for the belt next year.

“I think Charles wins this fight,” Chandler said. “I think it’s crazy that Islam is the favourite. Aside from Charles Oliveira not putting on weight in the last fight which was unprofessional – and I think even he will admit that and it’s not indicative of how a champion behaves – it is sometimes difficult to gain weight and he missed it. But other than that he looked very very good finishing guys.

“His hands have come a long way and just his overall confidence. The overall confidence that Charles Oliveira has now compared to a few years ago, as I said before, was sort of considering becoming a journeyman. From top to bottom, we could not count on achieving good performances. He’s now turned around and he’s our champion – well, not technically our champion, but in everyone’s eyes he’s our champion for a reason. I think he goes out there and beats Islam by the hand.

The DailyPay solution is now available on SAP® Store