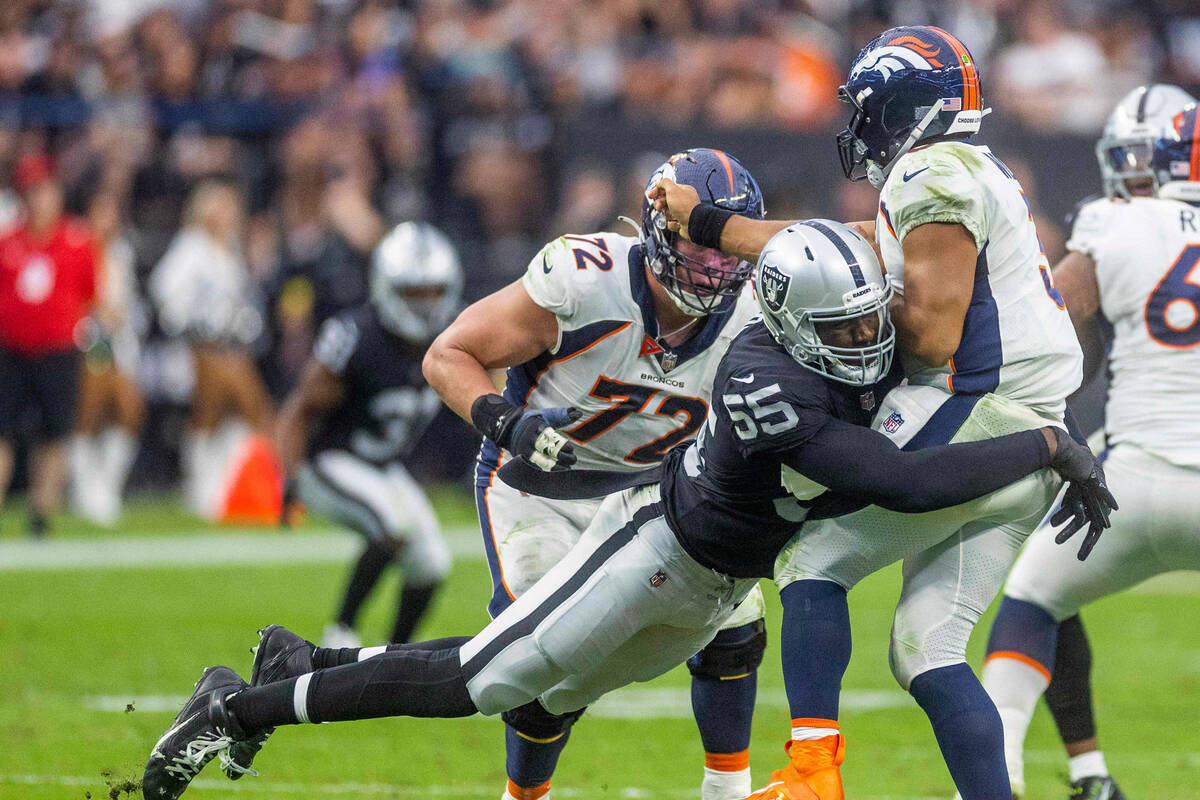 After winning their Sunday opener against the Broncos, the 1-3 Raiders will face the Chiefs on “Monday Night Football” at Arrowhead Stadium in Kansas City, Missouri. The opportunity to win a second game in a row and enter their bye week 2-3 is appealing to Raiders fans, but that doesn’t mean they don’t have questions.

Here’s a sample of what arrived in the mailbag this week:

Dana Wagner (@DanaNews3LV): It looks like Chandler Jones has been a disappointment so far. Do you agree?

Vincent Bonsignore: There’s no doubt Jones didn’t post the numbers many were hoping for when the Raiders signed him in the offseason. They attributed some of his lack of numbers to the way they ask him to play, but there’s no doubt they signed him to get after quarterback and get sacks. This does not happen.

That said, Jones appeared to be unfollowed in the second half against the Broncos and became a factor in the pass rush. If he can build on that momentum, the sacks will come.

JV (@JDolla09): The keys to a win and positivity in the bye week?

bonsignore: The Raiders need to do a better job in the red zone, as the Chiefs usually force teams to meet on the track. The Raiders are 27th in the NFL in red-zone touchdown percentage at 44.44%, and that number must be close to 60% against Kansas City. Conversely, the Raiders’ defense needs to get going quickly to give the offense a chance to build cushion. Winning the turnover and the penalty battle is obviously also important.

bonsignore: For some reason, Johnson couldn’t work his way into the offensive rotation and was waived on Friday.

K Piper (@KieranKpiper709): Do you see the Raiders taking an inside defensive lineman in Round 1 or Round 2 of the draft next year?

Feliz Esparca (@fele_esparza): What do you think of the defense giving up 23 points to Denver’s anemic offense? I think offense will hopefully succeed sooner rather than later, but is defense a major concern?

bonsignore: Slightly, of course. But keep in mind that the Raiders only gave up seven points in the second half, so that’s a good sign. The key now is to start faster.

Bill Dalrymple (@maysvillebill): Is there any truth that Derek Carr is not allowed to hear outside of a called room?

bonsignore: Carr has the final say on the Raiders game, based on the defensive look. Typically, he arrives at the line of scrimmage with several plays to choose from – the primary play and options depending on how the defense is lined up. He has full autonomy to make this change. It’s important to keep in mind that quarterbacks can’t just dig into the playbook at the line of scrimmage, as each play is tied to a specific group of personnel. So when people talk to call a beep, it must match the field staff group. Their room for maneuver is much more restricted than one might think.

@ronnietaylor23 (@rtaylor1623): Will Blake Martinez see the pitch? Denzel Perryman practiced, but what is his status?

bonsignore: Martinez was signed to the active roster on Friday, a pretty good sign he’ll play against the Chiefs. Perryman was in full practice on Friday, which bodes well for him.