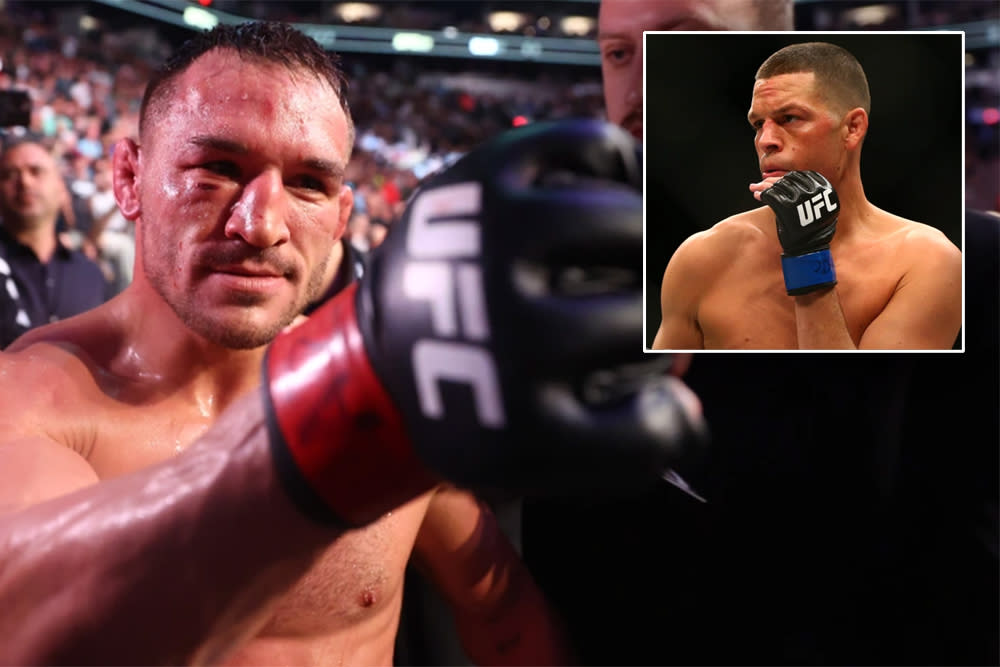 After Michael Chandler’s brutal headbutt of Tony Ferguson last Saturday at UFC 274, he caught the eye of one of the biggest names in the sport.

The two exchanged tweets on Twitter, but Diaz made arguably his most definitive statement yet about wanting to get the final fight on his booked UFC contract.

“The UFC has put me on the ice for a year now,” Diaz posted on Twitter. “Chandlers are obviously ready to fight, send a contract, it’s time.”

Previously, Diaz suggested a July 30 fight at welterweight after Chandler suggested a “quick comeback” in which he would “turn his head on his axis”, i.e. Diaz.

Coming off a three-fight winning streak in 2011-12, Diaz has fought just 10 times in the last 10 years and is 4-6 in that streak. His declaration of victory came with a submission from Conor McGregor at UFC 196 in a short-notice bout in March 2016. Later that year he lost a majority decision in a rematch.

Then Diaz sat out for three years until a comeback in August 2019 with a win over former lightweight champion Anthony Pettis. But he lost the “BMF” fight to Jorge Masvidal at UFC 244 later that year. In June 2021, he dropped a decision to Leon Edwards at UFC 263.

Prior to UFC 274, a matchmaking chart at the UFC offices in Las Vegas was filmed showing a match between Diaz and Khamzat Chimaev (11-0 MMA, 5-0 UFC) for UFC 276 on July 2nd.

UFC president Dana White says the matchup is hypothetical – although it’s one he’d like to make.

But maybe if that doesn’t happen, the promotion has a new target with Diaz and Chandler each seeming to be interested in a fight.