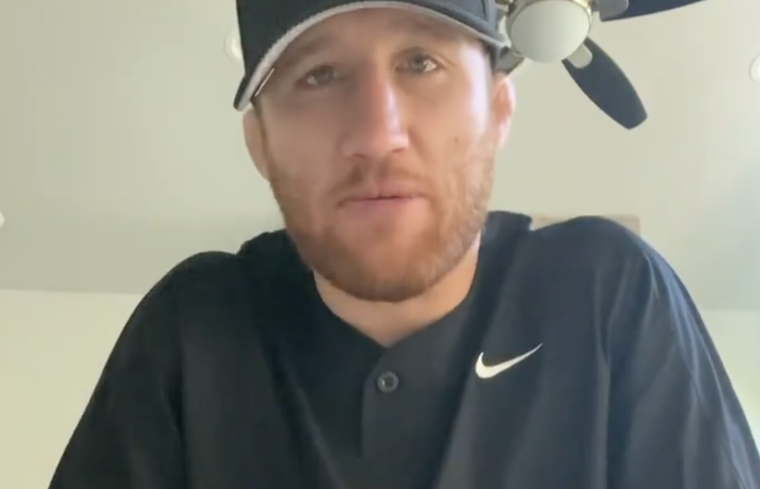 UFC lightweight title contender Justin Gaethje was not too happy to see Charles Oliveira and Michael Chandler fight for the vacant title from Khabib Nurmagomedov earlier this year.

He said The Schmo he thought he should have had the chance, given his success in the division, and compared his situation at the time to that of Cory Sandhagen, who will challenge for the interim bantamweight belt at the end of this month.

From the outside, being me, yeah I wasn’t happy. If I’m in there and run a $ 4 billion, $ 5, or $ 6 billion business, then I probably want to try and make people forget about this guy.

They did what they wanted to do, had to do in their eyes. I was upset, but that’s okay. I have to keep going and keep working.

Justin Gaethje had just suffered a second round loss to Khabib Nurmagomedov, who was the undefeated lightweight champion. Nurmagomedov announced his retirement immediately following the fight against Gaethje, creating a power vacuum at the top of the lightweight division.

Despite the UFC’s best efforts, they failed to tempt Khabib in a comeback, and Charles Oliveira ended up defeating Michael Chandler to claim the belt. Now Justin Gaethje will take on Chandler, but he thinks it should have been him in the ring with Oliveira at the start of the year.

And the guy (Aljamain Sterling) hasn’t retired. There were even more special circumstances in this [Khabib vacating the belt]. There are other examples of people being shot after casualties. So yeah, I thought that was some shit way of saying I shouldn’t have it.

All of this doesn’t change Gaethje’s title plans. When it comes to Chandler’s fight, his approach is straightforward. “I’m going over there and I get the voice over on November 6 and I will fight the winner of Poirier and Oliveira.”

Maybe Justin Gaethje will get his title after all. Do you think Gaethje should have fought for the vacant Khabib lightweight title? Let us know in the comments.

DYK (Did you know?): Payday loans